New Years Day. 18 degrees. It was 6 degrees last night here in Chatsworth. 6 degrees. It has not been that cold here in a very long time.

Friendship is nowhere and a forgotten place in the Wharton State Forest. I have been there many times in warmer and somewhat less cold weather. I was there today in 18 degree temperatures and the wind. I went out to one of the ancient and disused cranberry bogs. The cold was biting through my boots and gloves after a while. Everywhere where open water once was, there was now only snow covered ice. The ice was thick enough to walk on. I did not walk on it beyond testing its solidity. The last time I walked on this frozen bog was January 22, 2011. It brought back memories…

This is the view about halfway out on the berm between the two bogs.

And this. A frozen wasteland. 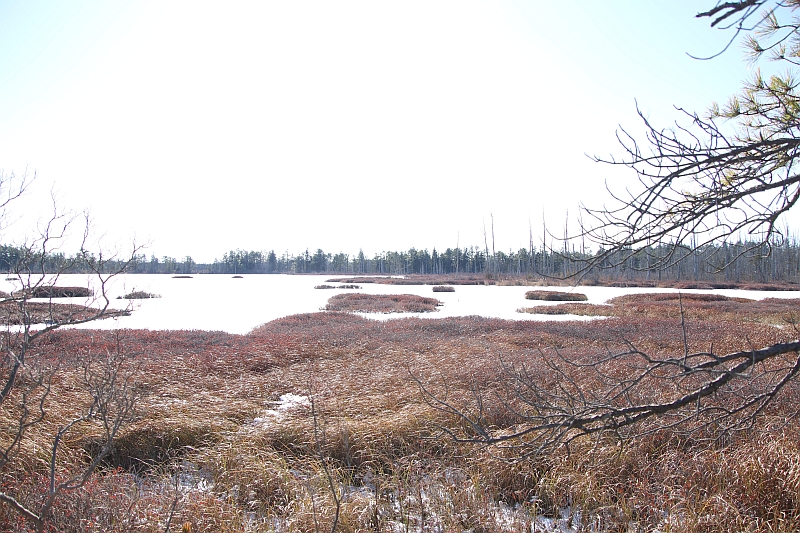 I returned to my truck after this. The cold was not going to win, not today.

This entry was posted in Pine Barrens. Bookmark the permalink.